Meet Inspiring Speakers and Experts at our 3000+ Global Events with over 1000+ Conferences, 1000+ Symposiums and 1000+ Workshops on Medical, Pharma, Engineering, Science, Technology and Business.

Unique Opportunity! Online visibility to the Speakers and Experts

Organizing Committee of Neurology conference 2022 invites you all to the 15th international Conference on Neurology and Neuromuscular Disorders in Rome, Italy on Oct 31-  Nov 01, 2022. Conference is based on the theme “Effects of Neurological disorders on quality of life”. This conference will be the awesome opportunity for educators, young researchers and also for changing ideas and innovative methods of treatments.

With the coordination of organizing committee Conference on Neurology and Neuromuscular conference will be scheduled on Oct 31- Nov 01, 2022 in Rome, Italy focusing on the theme “Effects of Neurological disorders on quality of life”.

The main purpose of the Neurology Conference 2022 is to provide the training in diagnosing, treating and how to manage the brain disorder, nervous system and the functioning of the muscles. Neurology and Neuromuscular disorder Management will be the great platform to exchange new ideas and research. It will be two days event which holds the visitor’s attention to invest in the field of nerve system and neuromuscular disorder.

The main objective of the conference is to explore the development and new healing and medicinal path in Neurology.

People from around the world focused on learning on Neurology and Neuromuscular disorder and its advances.This will be best opportunity to meet the largest gathering of attendees.

Attendees can take benefits of:

Finally,Our aim to inspire new ideas and treatment techniques that will be beneficial across the spectrum of  neurology and neuromuscular disorders.

Neurology is a branch of medicine concerned with disorders of the nervous system. It deals with the detailed study and medication of all division of conditions and disorder involving the central and peripheral nervous systems, including their coverings, blood vessels and all effector tissue such as muscle. Neurological system relies heavily on the field of neuroscience, the scientific study of the nervous system. The doctor who specially designed in neurology is known as neurologist. The neurologist experienced to investigate or diagnose and treat a neurological disorder that affects the brain, spinal cord, and nerves. Neurologists do not implement surgery if any patient requires surgery they refer to neurosurgeons.

Neuromuscular disorders affect the nerves that control our own voluntary muscles. Voluntary muscles are the ones which we can control by our self like in your arms and legs. Your nerve cells also called as neurons, send the messages that control these muscles. When the neurons become delicate or die, communication between your nervous system and muscles breaks down.  As a result, your muscles weaken and waste away this weakness can lead to twitching, cramps, aches, pains, and joint and movement problems. Frequently it also affects heart function and your ability to breathe.More than a million people in the United States are affected by some form of neuromuscular disease, and about 40 percent of them are under age18.

Neurosurgery or neurological surgery is the medicinal specialty concerned with the prevention, detailed study, surgical treatment and improvement of disorders which affect any portion of the nervous system including the brain, spinal cord, peripheral nerves, and extra-cranial cerebrovascular system. A doctor who specializes in neurosurgery is known as Neurosurgeon they are not only brain surgeons, but they can medically trained neurosurgical specialists who can also help patients suffering from back and neck pain along with other illnesses ranging from trigeminal neuralgia to head injury and Parkinson's disease.

4: Neurological manifestation in covid-19: the COVID -19 pandemic caused by acute respiratory syndrome coronavirus is of a scale that has not seen since influenza pandemic 1918. Although visible symptoms are associated with respiratory disease but neurological indication is being recognized increasingly. Growing number of cases has shown some neurological indication, where patients needs to be hospitalized or needed ICU.

5: Neurological diseases in COVID 19: It is seen that SARS-CoV-2 infection could be associated with the increased occurrence of neurological indication.Such as encephalopathy and encephalomyelitis, ischemic stroke and intracerebral hemorrhage, anosmia and neuromuscular diseases. The SARS-CoV-2 pandemic has affected all areas of medicine. It directly or indirectly causes neurological dysfunction in the body after or during the infection. Many reports shown  a decline in the care of covid 19 patients with neurological disorders due to the special demands on health care systems during the pandemic.

Psychiatry is the restorative forte committed to the determination, avoidance, and treatment of the mental issue. These incorporate different maladaptations identified with disposition, conduct, comprehension, and observations. Introductory mental appraisal of a man ordinarily starts with a case history and mental status detailed study. Psychology is the science of behaviour and minds which including conscious and unconscious conditions as well as thought and feeling. Physical detailed study’s and mental tests might be directed examples like neuroimaging or other neurophysiological procedures are utilized.

Spine disorders occur in individuals irrespective of their age -spina bifida in infants to spinal stenosis in the elderly. Causes of spinal cord disorders include mainly injuries, infections, blocked blood supply, and compression by a fractured bone or a tumor. The boost in spinal disorders has been met with a leap in advancements in the diagnostic techniques. Endoscopic spine, MRI, X- rays CT and DEA are some of the generally used tools in diagnosing spinal disorders.

Neurogenetic and neurometabolic abnormalities are disorders that affect how the brain functions. They occur in young children of all ages, races and genders. Neurogenetic disease is the umbrella term of chronic diseases which describe the brain abnormalities that occur following changes in the genes of the child and these cause certain brain cells to develop and function abnormally. In the case of neurometabolic abnormalities; these disorders result from problems in the enzymes of the body’s cells which are either unable to either use foods to produce the energy the cell needs, or get rid of the breakdown products of the foods used.

9: Neurological infections: Sometimes microorganisms invade the body, infect several organs and produce minor disturbances to serious problems. Common symptoms of disease are Pain, swelling, redness, and dysfunction. There may be heat in the infected area.

The brain immediately confronts us with its great complexity. Alzheimer's which is a type of  Dementia. An Underlying Disease causes problems with memory, behaviour and thinking. As estimated, 5.3 million Americans of all ages have Alzheimer's disease in the recent survey. AD is the sixth leading cause of death in the United States and the fifth leading cause of death in Americans of age 65 and older. The etiological factors, other than older age includes genetic susceptibility. So it is important to exchange views on Causes and Prevention of Alzheimer’s, Alzheimer’s Disease Diagnosis and Symptoms, Alzheimer’s Disease Pathophysiology and Disease Mechanisms, Care Practice and Awareness. We are also going to analyse the Alzheimer ’s disease Imaging, Mechanisms for Treatment and Therapeutic Targets.

Neuroplasticity is also known as brain plasticity and neural plasticity that encompasses the two synaptic and non-synaptic plasticity and it refers to advance in neural pathways and synapses due to difference in behavior, environment, neural processes, thinking, and emotions  as well as to changes resulting from bodily. The goal of this session is to understand the brain plasticity advances in neurite remodeling and how to increase neural connections. Neuro-rehabilitation is a medical process which aims to aid recovery from nervous system damage and to minimize or compensate for any functional alterations resulting from it.

The abnormal cell growth and sudden reactions taking place from central nervous system results in brain tumor. Neuro-oncology is the study of brain and spinal cord neoplasms, which are very dangerous and life-threatening. Astrocytoma, glioblastoma, glioma, multiforme, ependymoma, pontine glioma, and brain stem tumours are some of the examples. Surgery may in some cases be the medicinal but malignant brain cancers turn to regenerate and emerge from absolution easily, especially highly malignant cases.

16: Neuroradiology: Neuroradiology focuses on the nervous system and uses neuroimaging techniques to gain understanding and information about the condition of the patients. It helps doctors to find the irregularities of the brain, head as well as neck. Computed Tomography (CT) and Magnetic Resonance Imaging (MRI) these are the test by which machine takes high resolution picture of inner body. People will also be advancements in brain computer interface and deep brain studies.

Neuroscience sometimes called as neural science, and it is one of the most specialized fields of medicine in the world. This field of drug focuses on the health of the nervous system including the brain and spinal cord. Neuroscience nurse is a nursing professional that advice patients suffering from neurological problems like injuries such as head and spinal trauma from accidents or disorder such as Parkinson’s disease, meningitis, encephalitis, epilepsy, and multiple sclerosis. Neuroscience nurses also effort with patients suffering from strokes and birth defects that have affected the nervous system.

Brain mapping is especially described to the have a look at of the anatomy and feature of the mind and spinal twine via the usage of imaging, immunohistochemistry, molecular and optogenetics, stem mobile and cell biology, engineering, neurophysiology and nanotechnology.  Brain mapping strategies are continuously evolving, and rely upon the improvement and refinement of photo acquisition, representation, analysis, visualization and interpretation strategies. Functional and structural neuroimaging are on the middle of the mapping element of mind mapping

The major reason for Neurological Disorders is that the progressive loss of structure and performance of Neurons. It also can cause the death of Neurons. medicine Disorders could cause diseases like Parkinson’s, ALS, Huntington’s, etc. several items of analysis square measure occurring however these diseases square measure incurable. It advances to degeneration or death of Nerve cells. This deterioration causes psychological feature behaviour and different clinical options.

Pediatric neurology or child neurology refers to a specialized branch of medicine that deals with the diagnosis and management of neurological conditions in neonates (newborns), infants, children and adolescents. The discipline of child neurology encompasses diseases and disorders of the spinal cord, brain, peripheral nervous system, autonomic nervous system, muscles and blood vessels that affect individuals in these age groups. If a child has problems that involve the nervous system, a pediatric neurologist has the specialist training and knowledge to assess, diagnose and treat the child. The conditions dealt with by pediatric neurologists vary considerably, from relatively simple disorders such as migraine or cerebral palsy through to more complex and rare conditions such as metabolic disease or neurodegenerative disorders.

Genetic diseases of the nervous system

Hydrocephalus or excess fluid build-up in the brain

Movement disorders such as cerebral palsy

Psychosomatic Disorders is a condition in which psychological stresses adversely affect physiological (somatic) functioning to the point of distress. It is a condition of dysfunction or structural damage in bodily organs through inappropriate activation of the involuntary nervous system and the glands of internal secretion. Psychosomatic disorders resulting from stress may include hypertension, respiratory ailments, gastrointestinal disturbances, migraine and tension headaches, pelvic pain, impotence, frigidity, dermatitis, and ulcers.

The report highlights the current and future market potential of neurology medicines and provides a detailed analysis of the competitive environment, regulations, epidemiology of neurological diseases, merger and acquisition, drivers, restraints, and pipeline drugs in the market. The report also covers market projections through 2024.

To Collaborate Scientific Professionals around the World

Abstracts will be provided with Digital Object Identifier by

Universal acclaim based on
8960 Ratings 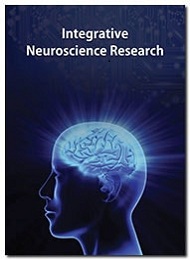 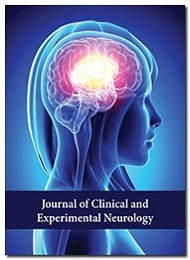 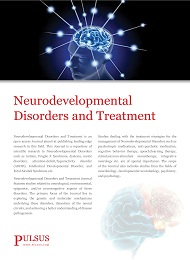